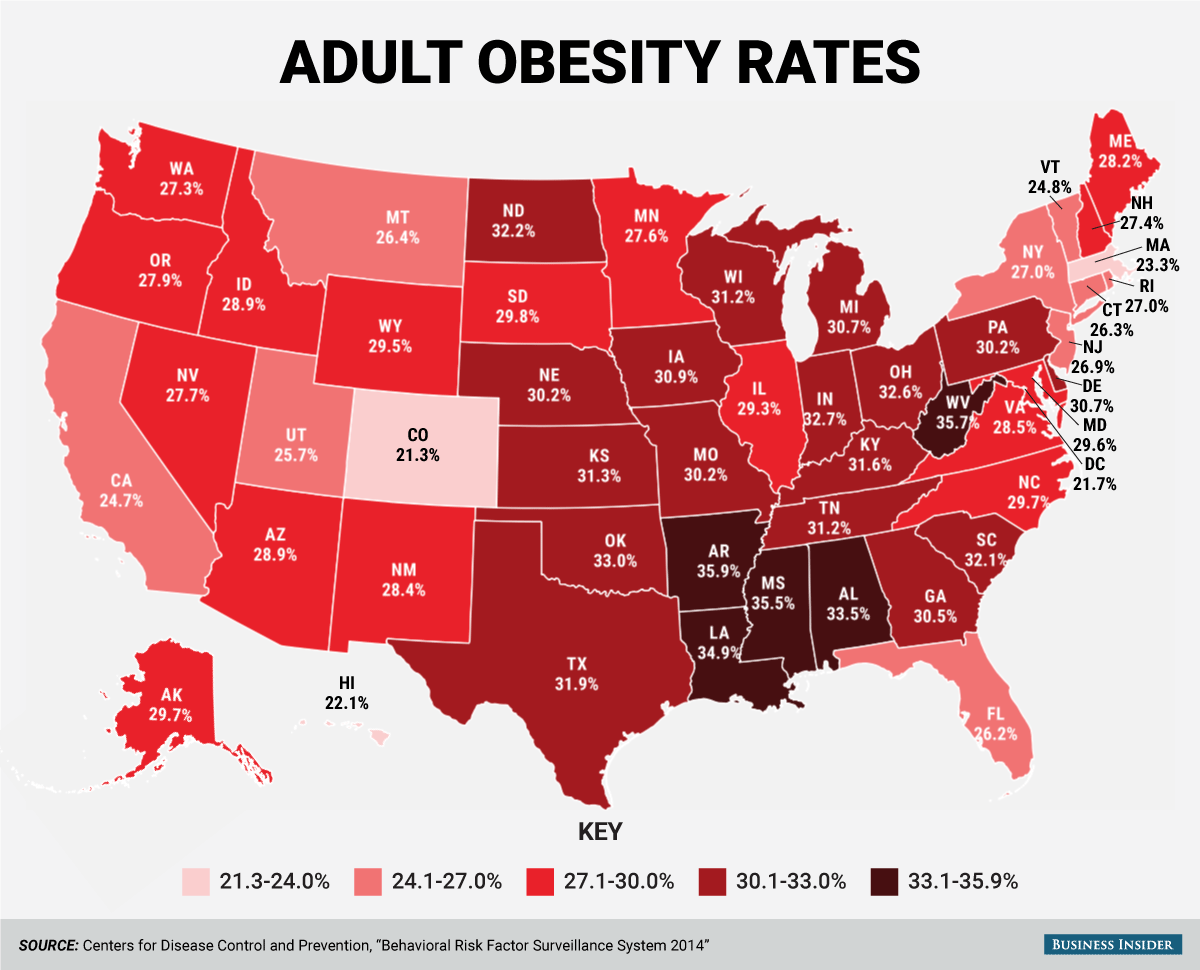 Obesity is often overlooked, even parents these days don’t know when their children are overweight.  Compared to last decade, today we are on average 25% less-likely to perceive children who are overweight/ obese.  That means that we are changing the scale, which is ok for body acceptance, but dangerous when obesity is being considered normal!  Obesity is on track to overtake tobacco as the leading cause of preventable cancer.  That’s right obesity has been shown to increase the risks of developing cancer.  There are numerous studies which tie aspects of obesity and excessive sugar intake to increasing risks for cancer development.  One study on breast cancer showed that women with a BMI above 30 (obese) had a 21.5% chance of death when compared to women with an average BMI had a 16.6% chance of death from cancer.

On average American consume approximately 350 calories from added sugar!  If Americans remove these added sugars the average American would lose a pound every 10 days or about 3 per month, that’s about 36 pounds in a year!  Each less pound is another tip on the scale of health.

Cancer is fed from excess sugar in the blood stream, in other words cancer thrives and grows best in a sugary environment.  Our bodies have been shown to process a max of 6 teaspoons of added sugar, we take in about 22 teaspoons on average, and all the rest of the extra sugar is metabolized and turned into fat, leading to disease.

How toxic is the flu shot?

How Massage Therapy can Help you in 2013

Eating to Feed Your Genes

The 3 C’s and S’s: Damaging Fats Found in “Healthy” Foods